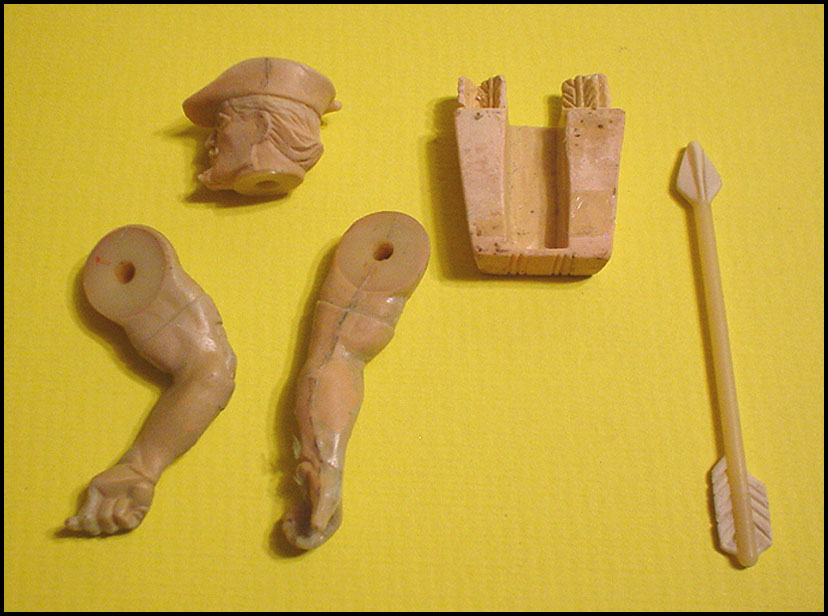 A wax sculpting to many collectors represents the most desirable prototype stage to acquire for a collection. I too subscribe to this philosophy considering each component of an original sculpting is hand rendered by a sculptor. Wax castings are sometimes created in order to make final tweaks upon review of the initial sculpting, but that is not the case with these Green Arrow sculpted parts; they are entirely hand sculpted. The fragile nature primarily accounts for a sculpting's rarity. Additionally, once a sculpted component served its intended purpose through the creation of a silicone mold, it became expendable and sometimes melted down and re-used as raw sculpting material for other projects. Thankfully some sculptors saw the value in saving original sculptings as works of art or examples of their work. Unfortunately the head, arm pair, backpack, and arrow represent the only components of the original sculpting known to exist to this day. I still maintain hope that the legs and torso exist, awaiting discovery and reunion with these pieces. Stranger things have happened, but it's quite likely these components are all that remain of the original sculpting. 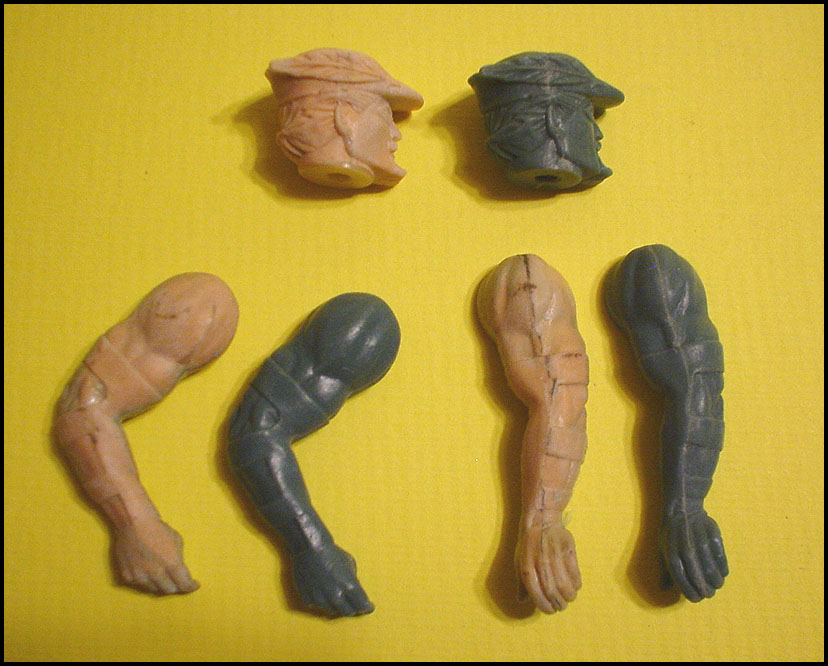 The above photo shows the head and arm sculptings displayed next to their unpainted hardcopy counterparts. Each sculpting component is essentially the parent to the hardcopy component since the silicone molds made from the sculpted parts are used to cast the hardcopy parts. 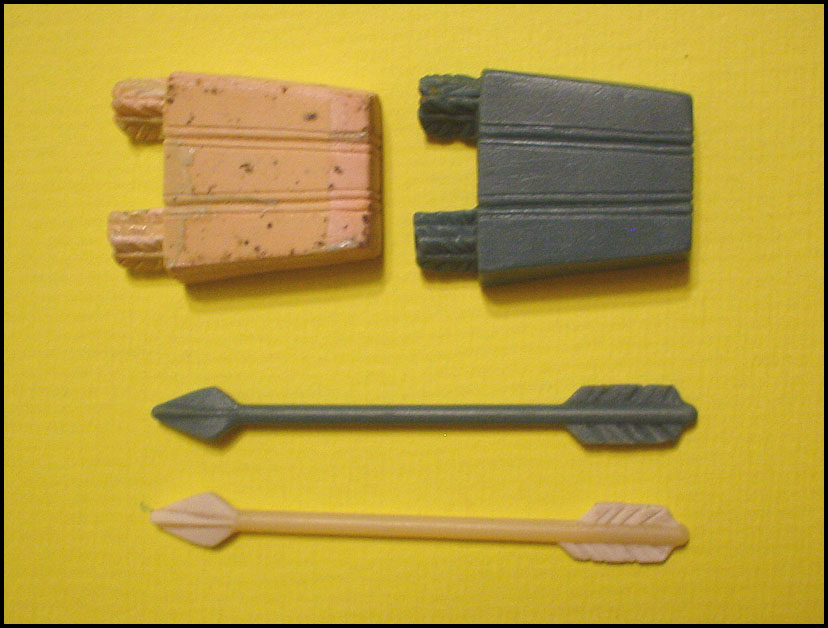 Next we see the sculpted backpack and arrow, again displayed next to their respective unpainted hardcopy parts. The arrow is particularly interesting being that it's rendered in two distinctly different mediums. The arrow shaft is made from a cylindrical plastic-like material, while the tip and feather regions are rendered in wax. Additionally the arrow is crafted at an increased size ratio. The backpack, like the head and arms, is completely hand sculpted in sculpting wax. 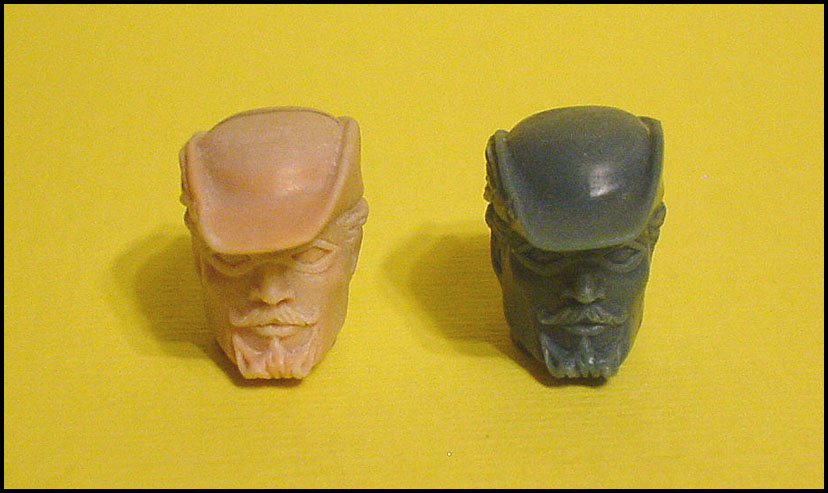 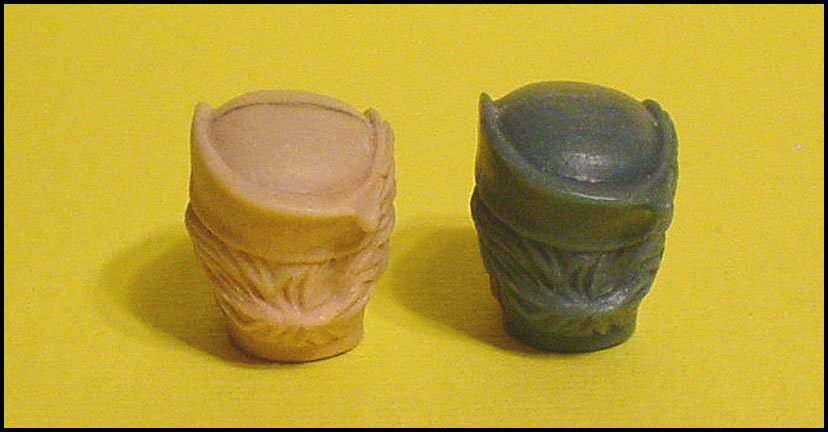 The intricate detail entrenched in the head sculpting shines through nicely via the front and rear images shown above. Once again, the wax head is shown next to its matching unpainted hardcopy. 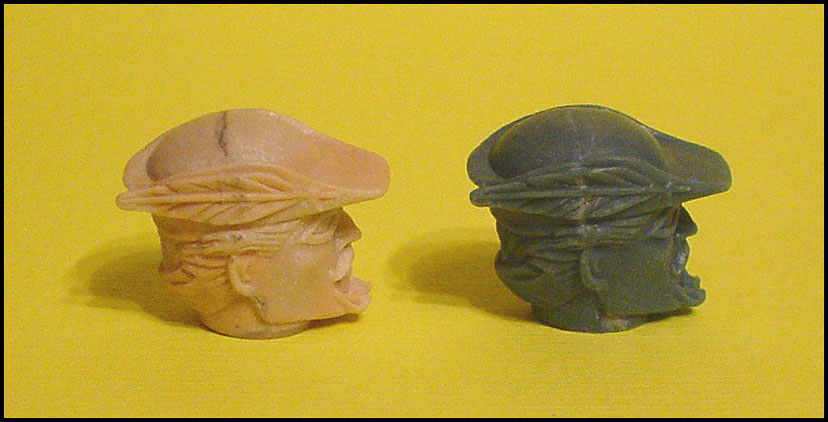 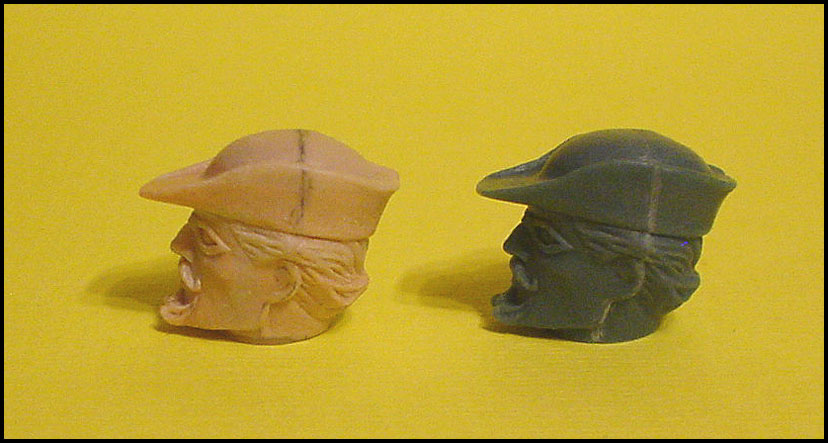 The two side profile photos show additional detail and reveal the penciled parting line presence. This parting line serves as a guide for the mold maker during the silicone mold's creation. Green Arrow stands out as one of the marquee superheroes from the 2nd series line-up. As such, I'm immensely thankful these components of the original sculpting have withstood the test of time.