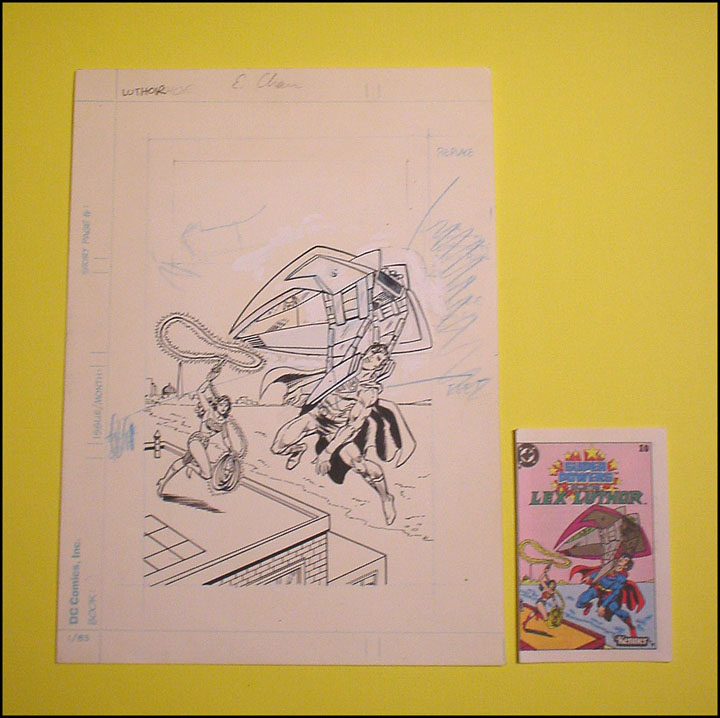 The original artwork featured above contains the imagery found on the Super Powers Lex Luthor mini-comic premium's cover. Kenner provided consumers with added value through inclusion of a mini-comic with each 1st and 2nd series carded figure. Each mini-comic contained a story revolving around the respective action figure. Of course, other characters and vehicles from the line also show up in the stories thereby providing Kenner with an additional advertisement mechanism. 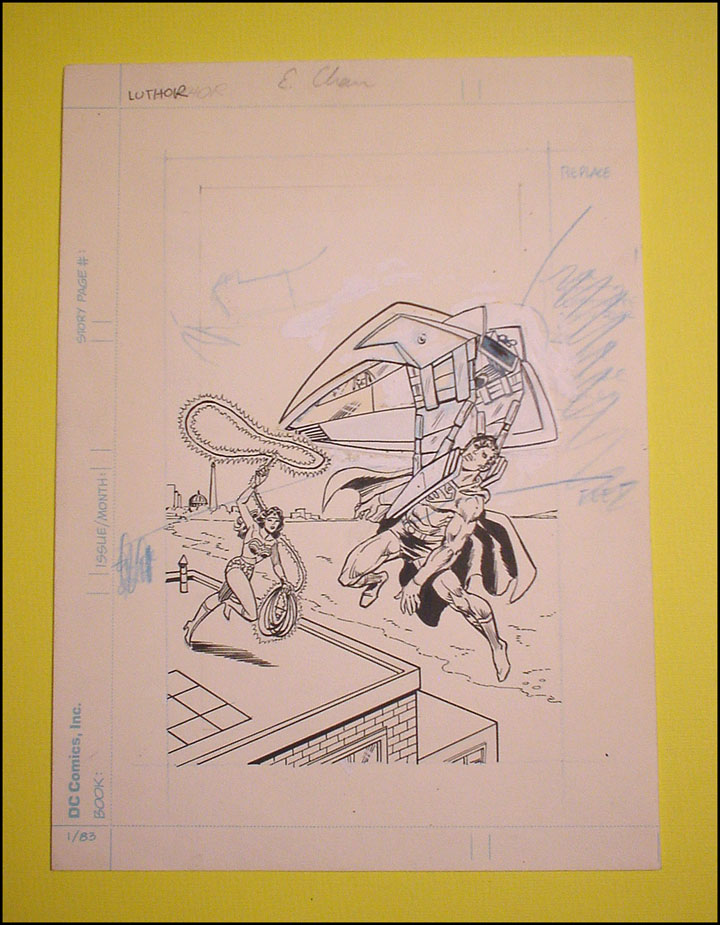 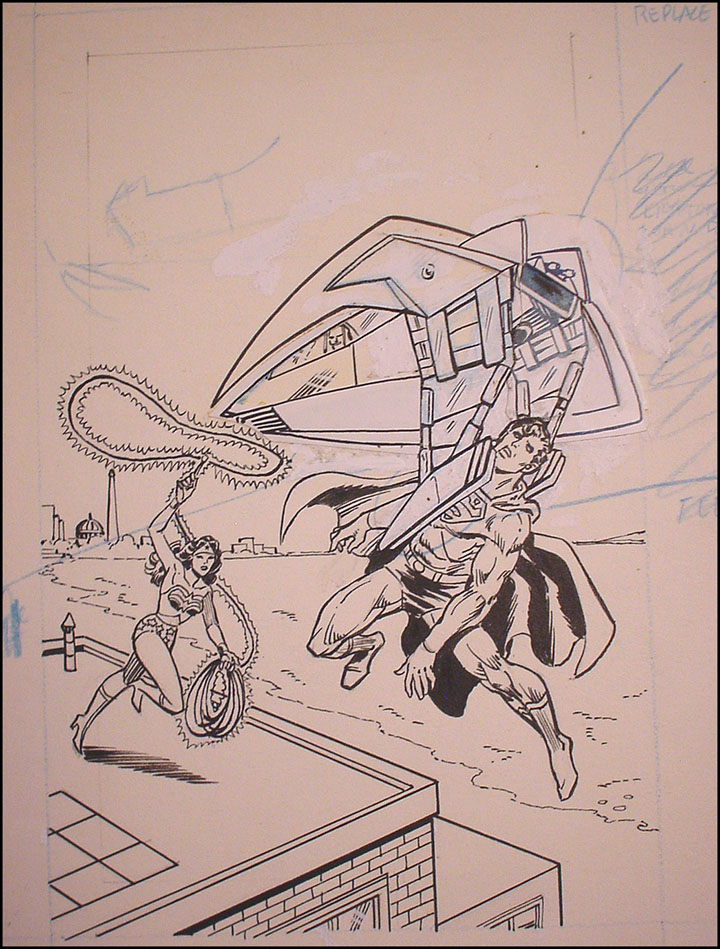 The artwork underwent some changes before final approval. These changes were made by applying photo-stat portions directly over the original rendering. Portions of the Lex Soar-7 were directly altered through photo-stat application. Artwork for the Super Powers mini-comics is fairly rare, so I'm quite happy to have this example in my collection.